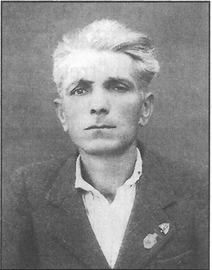 Seventy years ago, my grandfather on my mother’s side, Stipe Čuvalo nicknamed Veža, left the family village seeking safety in advance of the arrival of Yugoslav partisan and communist forces in the village.  He was never to be seen by his family again. Witnesses tell us that he was executed in mid-1945 along with thousands of others after the war. His body was never recovered, and the communist authorities never acknowledged that he was executed.  Stipe Čuvalo was 38 years old when he was murdered.

My grandfather left behind my grandmother and four children under the age of nine, including my mother Iva, who was two years old at the time and the only girl in the family.  This fact forever left her with the nickname among her fellow villagers as “Cura”, i.e. “Girl,” because she was alone with four brothers.  A fifth child, my uncle, history professor Ante Čuvalo, was a month away from being born at the time their father disappeared.

The victims of these communist and partisan crimes had their voices silenced.  The memories of those witnesses who did live, and who can tell us what happened to these victims, are also fading away as their generation now grows into their late 80’s and beyond.  For this reason, my uncle professor Čuvalo decided to interview the remaining survivors and to publish their memories about the plight of the victims of these crimes, so that their memories of these terrible events can be preserved forever.  The book is titled, “Od Bleiburga do Ljubuškog – svjedočenja preživjelih” (From Bleiburg to Ljubuski: The Testimony of the Survivors).  You can order a copy of the book in Croatian by emailing the publisher at [LUKA'S NEW NOTE: THE BOOK HAS NOW SOLD OUT].

The book tells the individual stories of 83 victims, including the story of my grandfather, as told from the perspective of my uncle Ante.  I have taken the liberty of having that portion translated into English so that you can read it.  See below.

Eternal rest grant unto them, O Lord.  And let perpetual light shine upon them.

[1] “Way of the Cross” in Croatia refers to the 700-800 km long prisoner death marches in which prisoners captured by communist/partisan forces were forced to march.  Many were executed on the march; others died from illness or exhaustion.

Posted by Luka Misetic at 8:10 AM No comments: