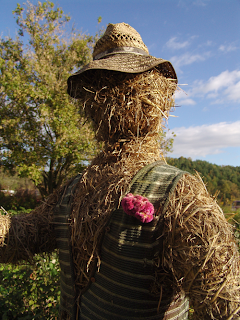 My June 19th blog post titled, “The Joint ‘Criminal’ Enterprise Against Judge Theodor Meron” received many responses, but none more bizarre than a blog post written by sociologist Eric Gordy, titled “For the Annals of Conspiracy Theory: Nia, Snajko.” Gordy does not, to my knowledge, have any training or education in law. Nevertheless, Gordy has become one of the more prominent critics of the ICTY’s recent jurisprudence, including the acquittals of Generals Gotovina and Markac.

Gordy’s recent transformation into a critic of the substance of ICTY judgements stands in stark contrast to his views back when Ante Gotovina was a convicted war criminal sentenced to 24 years in prison. In an interview with the Croatian weekly Nacional published less than one month after Gotovina’s April 2011 conviction at the trial level, Gordy remarked:

Now on to Gordy’s comments about my “Meron JCE” blog post.  Gordy correctly notes that the post was written tongue in cheek. However,  I found the rest of Gordy’s post bizarre because Gordy starts his comments by explaining the definition of a “straw man argument,” and then proceeds to attack my blog post by advancing nothing but a series of straw man arguments.

At the outset, I note that Gordy takes no issue with the substance of my post.  Thus Gordy does not dispute:

1. There is an effort underway to discredit Judge Meron and force his removal as President of the ICTY;
2. The Prosecution has never been able to identify a single Serb civilian who was killed or injured by shelling, or who claimed to have left Croatia due to fear of shelling;
3. Florence Hartmann wrote a book in 1999 in which she recorded her experience that the Krajina Serbs “fled at the request of their own leadership”;
4. The Prosecution’s lead investigator for the Operation Storm case was simultaneously a Swedish military intelligence agent, Joakim Robertsson;
5. Robertsson fabricated evidence against General Gotovina;
6. Robertsson and Thomas Elfgren leaked a confidential Prosecution report to the New York Times in 1999; and
7. Robertsson and Elfgren were behind an attack on Judge Meron in the Finnish press in April 2013.

These were the essential facts in my blog post, and Gordy disputes none of them. Indeed, I particularly note that Gordy is unable to rise to my challenge and name a single victim of the alleged “indiscriminate attack” which Gordy superficially claims took place.

Gordy had claimed that Gotovina’s defence team had offered a “Rodney King defence to the charge that civilians were encouraged to flee because of indiscriminate shelling of the towns where they lived. Shell by shell, they argued it could not be demonstrated which particular attack by explosives caused which civilian to flee.” The problem with Gordy’s analogy, of course, is that neither Gordy nor the ICTY Prosecution could ever identify a single “Rodney King” among the entire Krajina Serb population. If Gordy wants to stay with the Rodney King analogy, then he should modify the analogy to reflect the facts in the Gotovina case. What would have happened if a video had surfaced of LAPD officers swinging their police batons energetically and---striking no one?

Instead of addressing my arguments, Gordy attributes a series of invented arguments to me and then proceeds to mock them in a classic case of a “Straw Man” attack.

1. Gordy claims that I wrote, “Florence Hartmann, Mirko Klarin, the ICTY prosecutors, Serbia, Carl Bildt, and something called ‘Nordic intelligence’” are in “collusion” to “protect Carl Bildt from embarrassment.” I wrote nothing of the kind. Gordy misunderstands the law of Joint Criminal Enterprise, which requires no “collusion” at all among all actors in order for a JCE to exist. Indeed, in my blog post I made clear that various members of a JCE not only need not be in “collusion,” but they also “need not know of each other’s existence.” Second, Gordy confuses intent to contribute to a common “criminal” purpose, with motive. Florence Hartmann, Mirko Klarin, the ICTY prosecutors, Serbia, Carl Bildt, and Nordic intelligence services all may share the common “criminal” purpose (remove Judge Meron from office), while each may have a distinct motive for doing so. Thus, while Robertsson and Elfgren had a motive to protect Carl Bildt, Hartmann’s motive for defaming Meron is entirely different, as I made clear in my blog post: to discredit her own conviction for contempt of the Tribunal.

2. Gordy claims that because I posted a picture of Klarin, Hartmann and others having drinks, which one of the participants labeled a gathering of the “MORON / NERON fan club,” I necessarily claim that the entire Jahorina conference (where the photographed participants were having drinks) was “a sinister or secret or conspiratorial” conference aimed at discrediting Judge Meron. Nowhere did I ever make such a statement, so Gordy is “refuting” something which I never said---and never thought. I posted the picture solely to note that the participants in the picture  (including Hartmann and Klarin) do not hide their contempt for Judge Meron. Whether the picture was taken at the Jahorina conference or in Las Vegas is completely irrelevant.

4. Finally, Gordy claims that I believe “damage to the reputation of Meron puts the credibility of the appeals verdict in the Gotovina case, his greatest courtroom success to date, in danger.” Actually, I don’t believe this. I believe that those attacking Judge Meron believe this. I myself believe that history will record the Gotovina Appeals Judgement as the only possible just result. For those of you who choked on your morning coffee when you read that sentence, I offer the following challenges:

i. Identify—by name—a single Serb shelling victim in Operation Storm, or a single Serb civilian who claimed to have fled Croatia out of fear of shelling;

ii. Explain why 99% of the Krajina Serb civilian population left Croatia within the first four days of Operation Storm?

iii. If you cannot identify a single Serb shelling victim, then what exactly was the “criminal plan” you believe was hatched at Brioni? HOW (through what criminal means) did Tudjman and the others intend to forcibly remove the Krajina Serb population?

History will look favorably upon the three Appeals Chamber judges who had the courage to overturn the unjust conviction and sentence of Ante Gotovina to 24 years in prison, where the Prosecution could not identify a single victim of the core crimes of the alleged JCE.

I have no concern that the "credibility of the appeals verdict in the Gotovina case is in danger," because the Appeals Chamber "judges looked at the evidence that both sides presented and made their decision. Whether you or I would have arrived at a different conclusion is not important, because it’s not our job."